With the support of a pre-doctoral grant from the Spanish National RDI Plan (BIA-2009-13365), it is being carried out a doctoral thesis about the methodology of performance-based design applied to architectural design (Performance-based design in architecture) in conjunction with this research project. This thesis investigates how the application of this methodology to the architectural design process can improve the energy efficiency of buildings.

A case study of a social housing building recently built in Cerdanyola del Vallès, Barcelona, is being used to explore the potential of energy performance-based design. The decision making process followed by the design team has been analyzed, and alternative processes based on the use of an energy information system such as RÉPENER have been explored in this case study. The results of this research will be extrapolated to create guidelines which help the project team in making decisions aimed at improving the buildings’ energy performance.

In contrast to the traditional hierarchical and sequential nature of the decision-making process which suggests that design decisions are made one after the other, the stand adopted in the design process which is reproduced in the case stud, is that decisions in advanced design stages can help designers to reconsider decisions previously made, by linking the information generated throughout the various phases of the design process. Accordingly, the design process can be organized on the basis of two abstract structures: one, comprising a sequence of stages in time –i.e. design, development, construction and use–; another, describing a cyclical design decision process –based on a series of systematic actions that include simulation, analysis and evaluation– which is repeated at each stage considering different performance indicators (PIs). Likewise, the informational flow lies on two main feedback levels [Figure 1]: the first one, in which design decisions are made at each design phase with the support of energy simulation; the second one, which links the information generated throughout the various phases of the design process. In this way, a bidirectional propagation of the outputs of the decision-making processes increases the knowledge about the project at stake, especially at the beginning of the design process, when consistent data about the project are not available.

The design process and the design object, i.e. the results of the process, are intended as congruent systems, the one complementing the other. Thus, the building is thought of as a system composed of various subsystems, structured on the basis of an abstract hierarchy (system, subsystems and components), whose interaction determines the energy performance. Through the different levels of this abstract structure, the building was approached on different scales, from general (building overall system) to detailed level (components), from detailed to general level [Figure 2]. At each building level, various design alternatives are generated by varying the parameters of the systems that make the building. The energy efficiency of the different design alternatives is evaluated using various tools to assess their energy performance (comfort, energy use intensity or consumption, heating/cooling demand and environmental impact) .This way, the variables that characterize a design (design variables) are assessed against its energy efficiency (performance variables). From this comparison, the architect can choose the design alternatives that meet the desired standards of energy efficiency. The comparison between the design variables and the energy efficiency variables (energy performance) is performed iteratively throughout the building life cycle, creating more specific and detailed solutions as the project progresses. In this way, data from the early design phase can be compared with the building in operation. From this perspective, the design itself is considered part of a broader process that encompasses the entire building lifecycle –i.e. design, development, construction, use– while performance indicators (PIs) can be taken into consideration at any stage of the cycle.

By comparing the process that led to the building construction through a traditional approach, with the alternative design process proposed in this work (energy performance-based design methodology), we can draw some conclusions. Even though the designer’s knowledge and experience was sufficient for some basic decisions at the beginning of the design process, better-informed decisions could have been made through the application of energy simulation as the design process progresses. Unlike other design issues, decisions leading to improved energy efficiency cannot be made intuitively because of the complex interactions between the different building components. Also, the detailed information about the performance of the components would have been particularly useful in the early design phases in terms of changing preconceived ideas about the alleged effectiveness of some building systems (material and constructive systems). Even though the ‘traditional’ design process adopted by the architects led to a design solution that complies with the goal of energy efficiency, it did not increase the architects’ knowledge. Indeed, the constructive system which the architects had used in previous projects was used in this project, as if it was the only possible solution.

It has been contended that the implementation of a PBD environment may help to improve the general performance-in-use of buildings, and supply new opportunities for organisational and technological innovation within the building process. When this methodology is implemented in the design practice, however, there are no energy simulation tools which can provide full support of the decision sequences of the design process. Therefore, an architect needs to use different tools to deal separately with specific design issues at each design stage.

By organizing the information that can be obtained with different energy simulation tools in different design stages, the energy information system RÉPENER can support the decision-making process described above. It is possible to introduce in RÉPENER data (parameters and results) of a simulation (performance variables) to compare them with reference values (benchmarking) or with data from the simulation of similar projects [Figure 3]. Likewise, RÉPENER provides information on energy efficient projects and best practices which can help the architect to establish a design criteria (design variables) based on real data. Thus, the comparison between the results obtained in various simulations would help to improve their reliability. In short, through the research conducted around the case study, the functionality of the RÉPENER energy information system in the design phase will be verified.

Figure 1. The design process is represented as a linear process with two main feedback levels: the first one, a cyclical feedback which is repeated at each design phase with the support of energy simulation; the second one, which links the information generated throughout the various phases of the design process. 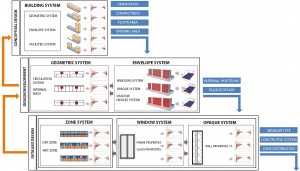 Figure 2. According to the nature of design process, the building has been considered on different scales, from general to detailed, and vice versa.